You are here:
12 august 2019Leave a commentEvents 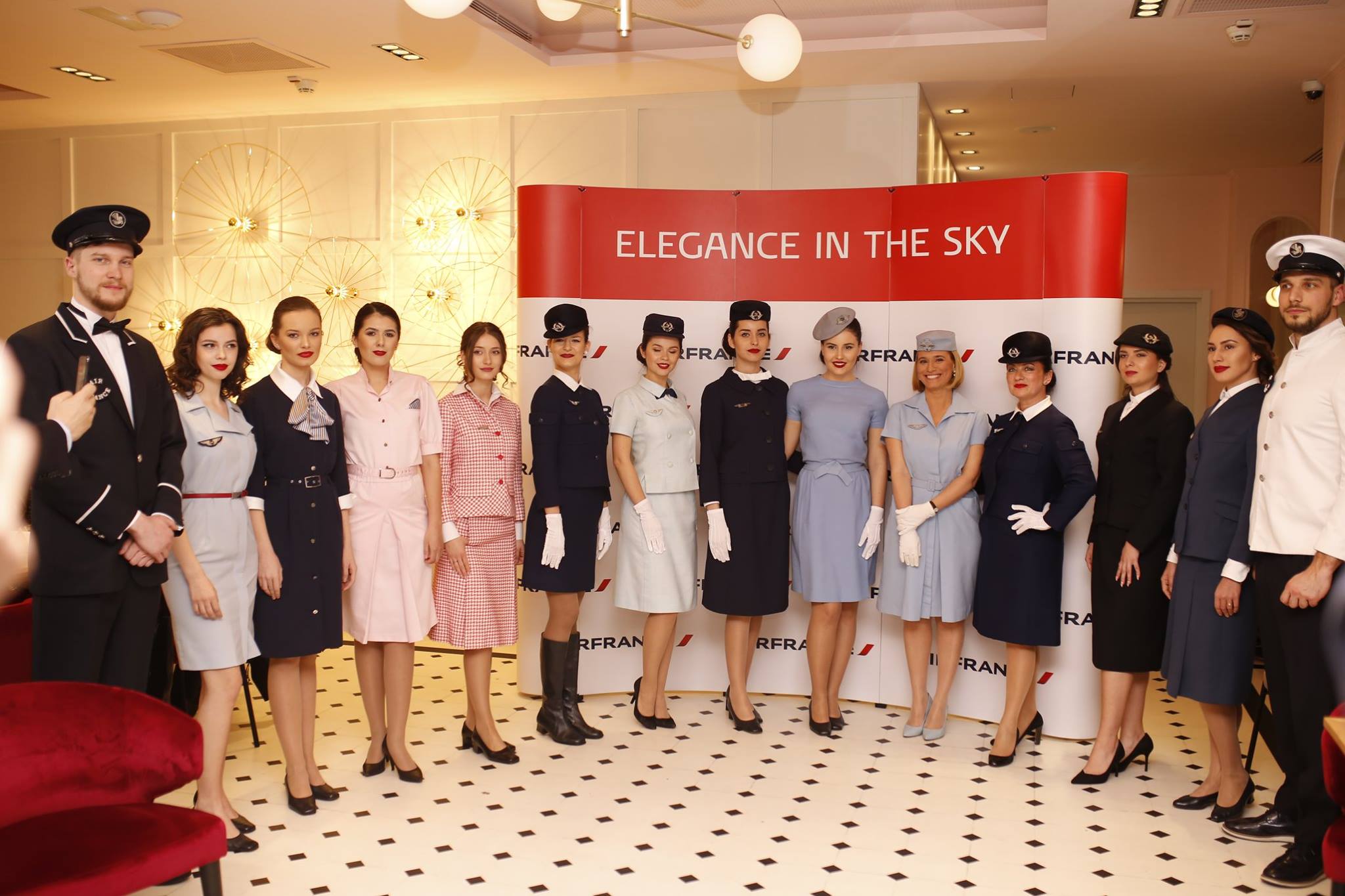 In March, one of our most favorite events took place: the vintage collection of Air France’s uniforms landed in Bucharest! Their first appearance took place at the March POT of the French Chamber of Commerce, where Air France was the main sponsor. The entire French community attended the event which ended with our fashion show. Our models presented the flight attendants uniforms with the grace and elegance of the period 1930 – 2005.

The audience was simply dazzled by the uniforms and the entire show. They started applauding since the first model started the catwalk with the first Air France uniform ever created, in 1933. The collection of the uniforms is truly amazing, being the original uniforms of the Air France flight attendants, created by famous fashion designers. One day later, the true meaning of „L’élégance à la française” was shown during our Air France fashion event organized at Cișmigiu Bistro la Etaj, a chic French restaurant that recreates the atmosphere from times when Bucharest was known as Little Paris. We presented the vintage collection of Air France’s uniforms to our guests: over 100 bloggers, influencers, travel agents and journalists enjoyed the unique fashion show. Every detail was considered, from the vintage French songs that played during the presentation, to the French inspired menu.